What made up Germany’s free-tuition system today?

By the early 1970s, Germany started to require a small contribution from students (around 120 to 150 D-Mark), which was known as “listeners´ money” (Hörergeld).

In 2005, the Federal Constitutional Court (Bundesverfassungsgericht) passed a new rule allowing German states to decide tuition fees. However, the tuition fees must be affordable so that students can either finance themselves or take out a loan to pay for it. Afterward, in 2006, first seven states in Germany, including Hamburg, Hesse, Lower Saxony, North Rhine-Westphalia, Bavaria, Baden-Württemberg, and Saarland, officially announced their tuition fee schemes.

In 2014, as a result of political devolution from the CDU (Christian Democratic Union) government to the SPD (Social Democratic Party of Germany), a referendum occurred to abolish the tuition fee rule. And the school has been officially “free” again.

From 2017, tuition fees come back again in some states or universities only; however, it is still too low compared with other countries. You can still properly study in many public universities and colleges there without tuition fees, at least for the first degree.

Arguments for and against tuition fees 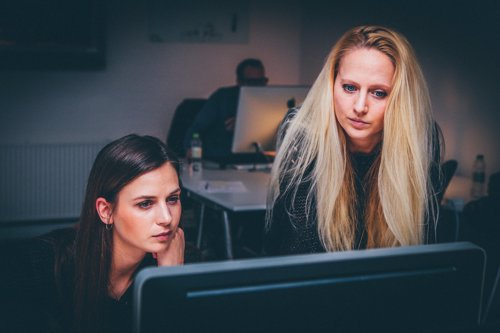 For years, the matter of “tuition fee” has been put forward in many discussions. Protestors and supporters of tuition both have their own reasons to keep their ideas.

The reasons for tuition supporters:

Special kinds of tuition fee or fee equivalent to tuition

Is it free to study in Germany nowadays?

Only the general tuition fee is waived! Other forms of fees are still applied for your study although it might not cost very much. It could come as a long-term study fee for your 2nd or senior study or as an administrative cost contribution, etc. Besides, a student might be charged a small amount at the entrance application. In Baden-Wuerttemberg, non-EU students will be charged for tuition fees while EU students will not.

Such kinds of the fee by state are summarized in the following tables: 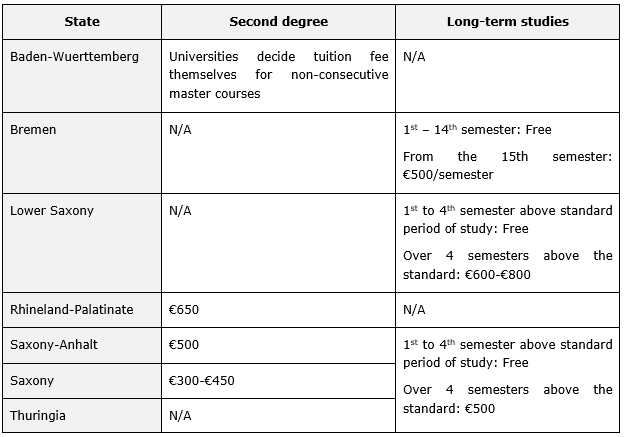 What kind of other fees else which might occur?

Besides general tuition (which is free for 1st-degree study), a student must consider the following additional fees or contributions:

Extra tuition for some special cases:

Unlike the general tuition fees, which were intended for a first degree in Germany and have been abolished, there are, however, other contributions in some federal states, which, for example, have to be paid for a second study or a generous exceeding of the standard study duration.

For students, who couldn’t self-fund or be financially supported by families for study, can apply a student loan for tuition fee (if any) through Federal Training Assistance Act (BaföG/ Bundesausbildungsförderungsgesetz) or using assets as collaterals.

Of course, not every student can receive BaföG. You can consider its conditions here.